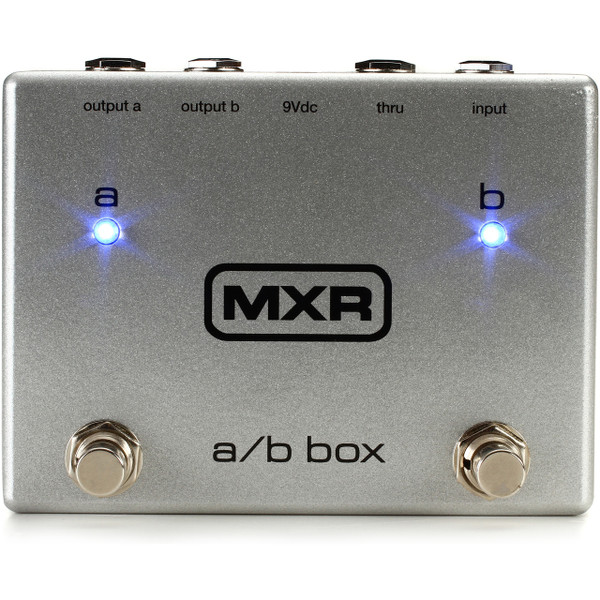 The Dunlop MXR M196 A/B Box allows you to route your instrument's signal to two separate output amp paths. Use it to switch between amps or run them both at the same time with different effect configurations so you can find your ultimate sound. Use the Thru jack to connect to a tuner, amp or other device that you want to receive a constant signal. The A/B Box comes in a heavy-duty die-cast housing with high quality jacks and switches.