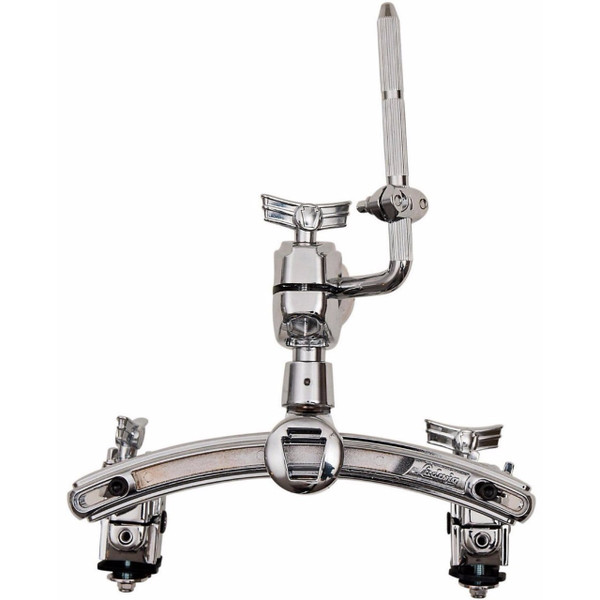 A modern take on the classic rail consolette mount, The Atlas Arch offers infinite tom positioning and solid tom mounting with enhanced sustain and resonance in each drum.

The Ludwig Atlas Arch system is one of the most flexible tom mounting systems available on the market. Simply install the two included Atlas Mount Brackets on your bass drum and the rail will fit nice and snug.

Attached to the rail is a ball-and-socket tom arm that give you 360-degrees of motion for positioning your tom at just the right angle. The coolest part is that the tom arm itself is able to slide across the entire rail, giving you even more options.

As with all of the Atlas Mount hardware, each mount bracket is designed to be totally suspended - even though the drums are physically attached, they won't affect each other's sound.