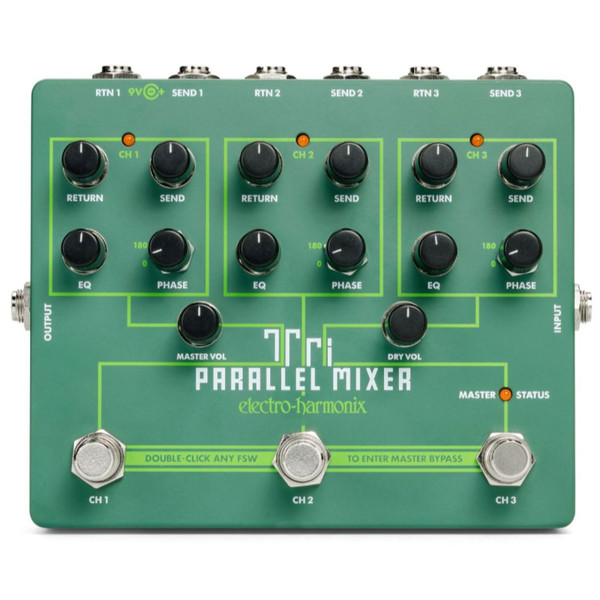 The Tri Parallel Mixer can be used in multiple configurations for a variety of switching and mixing applications. Use it to switch between or mix up to three separate effects loops. Send a guitar or other instrument out to three separate amplifiers, or input three separate instruments to switch between or mix to a single output. Mix effects in parallel to create sounds and allow for options not possible when using effects in series (one after another). These are a few examples of the multiple ways to incorporate the Tri Parallel Mixer into your setup.

The Tri Parallel Mixer is surprisingly compact considering the level of functionality it provides, while its intuitive controls and I/O make it easy to operate. The Tri-Parallel Mixer comes with an EHX 9.6DC power supply.