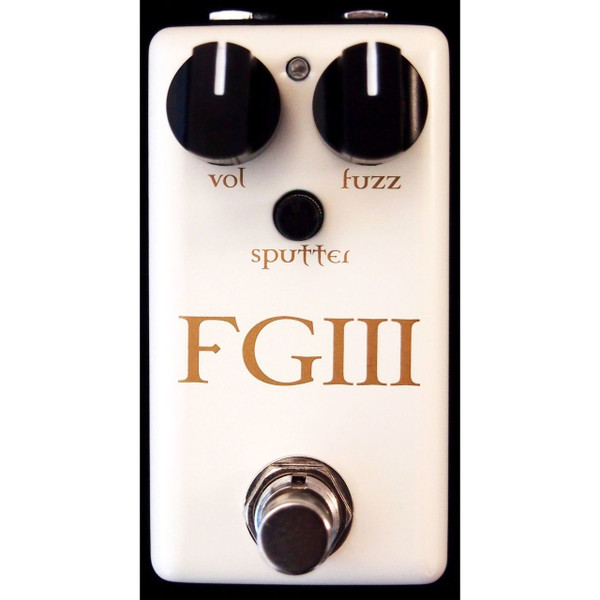 Red Witch Ltd are thrilled to announce their latest offering to the auricular universe, a device containing 64 different Fuzz options in one tiny all analog box. A kaleidoscope of fuzz tones covering every flavor a guitarist could ever want.

In 2006 Red Witch created the Fuzz God I. An angelic germanium delight crafted in chrome. Then, through a process of divine sonic transmogrification, came Fuzz God II, a more outrageous, silicon sibling to Fuzz God I. But now, the universe demands - the holy trinity must be complete! And we obey! Red Witch humbly presents the glory, the majesty…. FUZZ GOD III.

FUZZ GOD III is possibly the most versatile, compact and affordable high-end fuzz pedal ever made. The pedal features controls for Fuzz, Volume and Sputter (gating) on the top surface. Inside it has a 6-way DIP switch. The first 2 DIP switches control gain arrays. DIP Switches 3 to 6 control different tonal structures. Each DIP switch setting results in the FUZZ, Sputter and Volume dials reacting slightly differently.

Red Witch founder Ben Fulton says “I’ve designed a box that, in essence, gives guitarists access to 64 analog fuzz pedals in one super compact enclosure. If you want a Fuzz tone – it’s in this box”.

From a subtle break up to the Marshall/ fuzz sadomasochism of Jimi Hendrix at Monterey, from Keef in 1965 to the 21st centuries boldest sonic adventurers, the FUZZ GOD III delivers it all and everything in between.